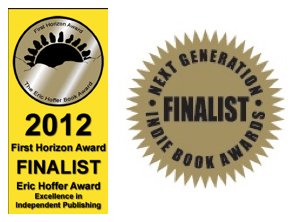 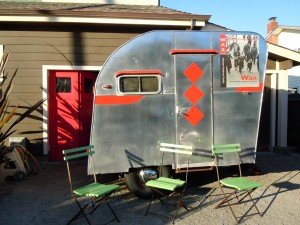 I’m finishing the interior trim in the Tin Can Camper and she’ll be ready to roll soon!

I’m planning to read a little about my protagonist moving into her Airstream — maybe the following passage:

The first time Sylvia saw her, Tilly was forcing a canvas duffel through the door of Airstream No. 27. The bag was as wide as the door, but fortunately, it was soft sided. Sylvia watched as Tilly manipulated the bulk of it and pushed it through. The operation reminded her of the chef stuffing sausage back at the Kansas City steakhouse that, until last month, had been her place of employment for over a decade. She was a long way from home but would finally be doing something besides slinging bourbon and steak to businessmen who didn’t notice her. She’d become a relic in their eyes, a part of the history of the place. She was a woman who wore comfortable shoes, no matter how her legs looked.

Another young woman, a strawberry blond, had unpacked in Airstream No. 27 earlier in the afternoon, and Sylvia had watched her without attempting a neighborly introduction. After an hour, she left with a notebook, and Sylvia nicknamed her “Ernestine.”

So Ernestine was going to have a roommate. Either that or the woman with the sausage casing luggage was in the wrong trailer. “Ernestine” didn’t look like she would make a mistake like that, and she did have a key to the door. This new young woman appeared a whole lot less sure of herself.

Sylvia knew that the polite thing would have been to say hello, but her sister, Alice, had written of her nephew’s pending deployment, and she couldn’t bring herself to step outside. She had this sense of dread and knew she had to pull herself together before her shift in the morning. For now, a little gin and grapefruit juice would have to get her through the afternoon.